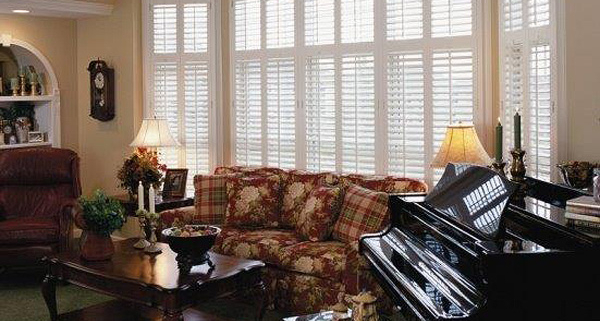 If you think of Mint Juleps and Southern drawls when you hear the word “plantation”, you’re not wrong. Its Southern living we have to thank for Plantation Shutters. The subtropical climate of the southern United States with its heat and humidity created the need for window coverings that would allow for light filtration and air flow.

Despite the fact that Scarlett O’Hara had a dress made from drapes in Gone With The Wind, those heavy fabric window coverings fell out of favor. Thus, shutters became the method used to control light and ventilation. They were painted white to reflect the sun’s rays. Today, they can be found in nearly any color or stained in many species of wood.

Some shutters lore says that shutters were created in Ancient Greece and were originally made of marble, making shutters a sign of wealth or royalty. Other stories say that the Spaniards introduced shutters to the American South. However they came to be, we think they were an inspired idea.

What makes a shutter a Plantation Shutter? The wide slats are their hallmark. Traditional Shutters, predominantly used in the Eastern United States during Colonial times, have narrow slats. Most modern manufacturers make louvers in many widths. Marco Shutters offers louvers in widths of 2.5”, 3.5” and 4.5”.

Today, an idea that originated hundreds or perhaps thousands of years ago is still one of your best choices for energy savings and light control. It’s clear that the efficiency of shutters has stood the test of time. Why not apply this ancient wisdom in your home?

We make our shutters in our own factory, not in the South, but in Papillion, Nebraska. Find a piece of American history and energy efficiency with our Custom Wood Plantation Shutters. Visit our Gallery to see the wide range of style in our product line. We offer free measuring and consultation. Call us today: (402) 778-5818.

The Wonders of White 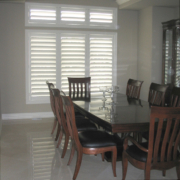 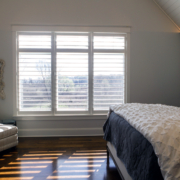 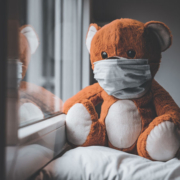 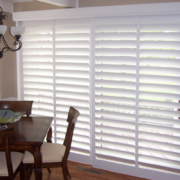 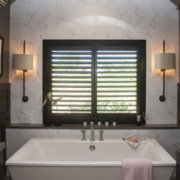 It’s Waaay Over Your Head – Pull-Down Closet Rod
Scroll to top
We're here to help!
Please fill out our form and we'll be in touch with you soon.